This is Mark Della-Croce (Lore Link Product Lead) yet again. It’s been a busy couple of weeks for myself as a GM, planning, running, and playing in 7(!) games over the last two weeks. I want to talk about a couple of those! 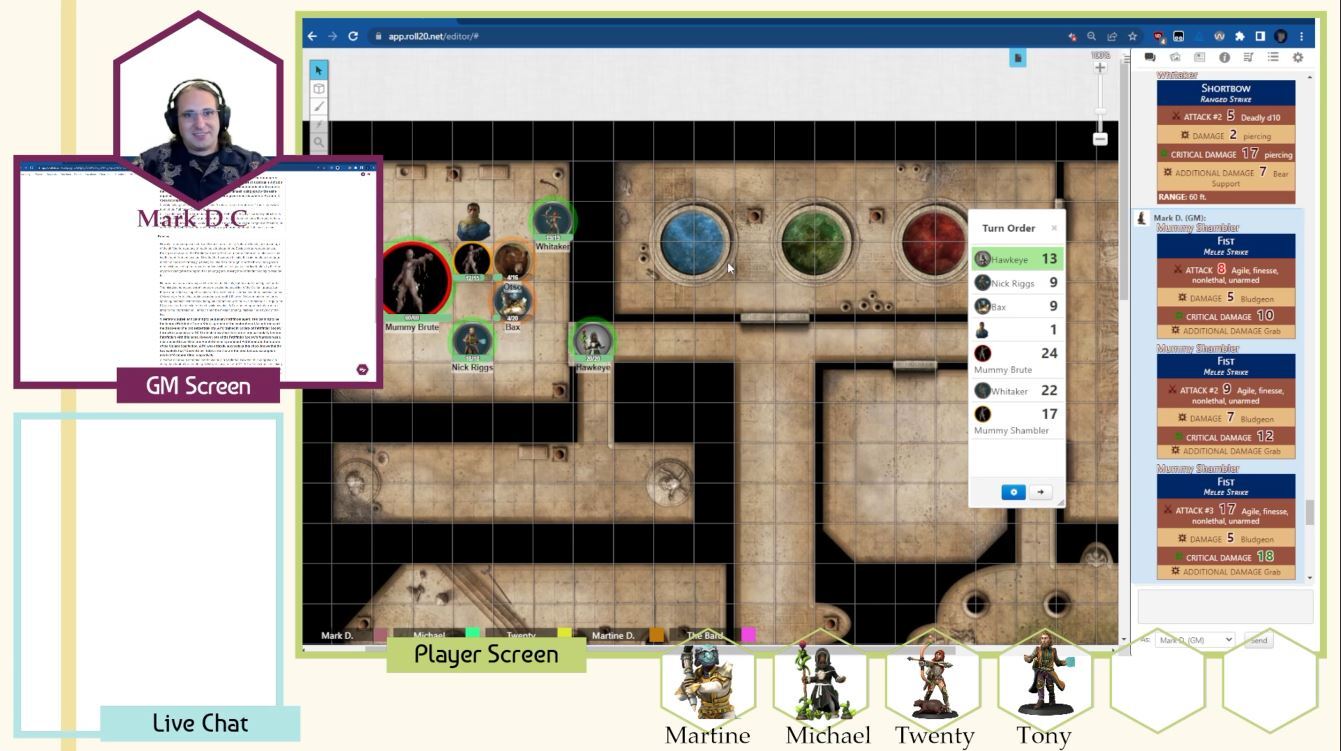 The second was a charity stream on the Andromeda Galactic Twitch Channel for the Extra Life Children’s charity. I ran the starter adventure for the new Spelljammer adventure series, called “Spelljammer Academy.” The players made it through their orientation session, which saw their ship getting blown up, them running through the Spelljammer academy facing down bullies and physical challenges (and taking roughly the same brute force response), and finally delivering a, uh, suspicious package, to the headmaster of the academy. If you want to watch the excitement unfold, you can catch that on the Lore Link YouTube channel here soon! And if you want to support the cause, click here to learn more about Andromeda Galactic’s Extra Life Charity Drive! 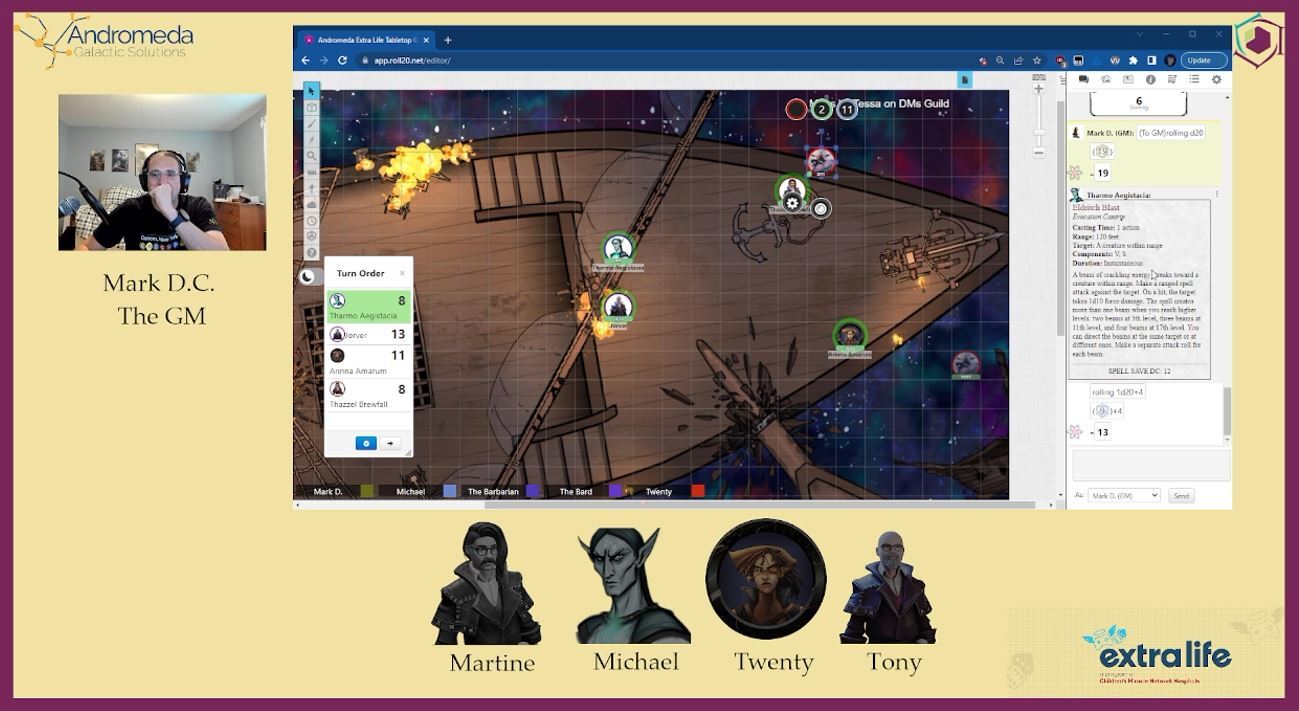 I want to spend a little more time on that second stream. I knew it was going to be a longer and more complicated game, as it involved the players being able to go anywhere in the academy during the orientation section of the adventure. That could mean scrolling up and down through the D&D Beyond reference multiple times. Each of those locations could also contain different events that could be triggered throughout the adventure. So I took several steps using Lore Link to make things more manageable. I first created a Parent Location of the Academy, so that I could put all of the random encounter information in one place. Then I created the various locations throughout the academy as locations under that parent location (allowing the notes from parents field to make the random table information available everywhere) and then I made sure to link all of that individuals and events to each location, so I had all the information I need within easy reach when I was running the adventure. If you want to see me do a part of that process, you can catch a video of the stream here on the Lore Link YouTube channel! 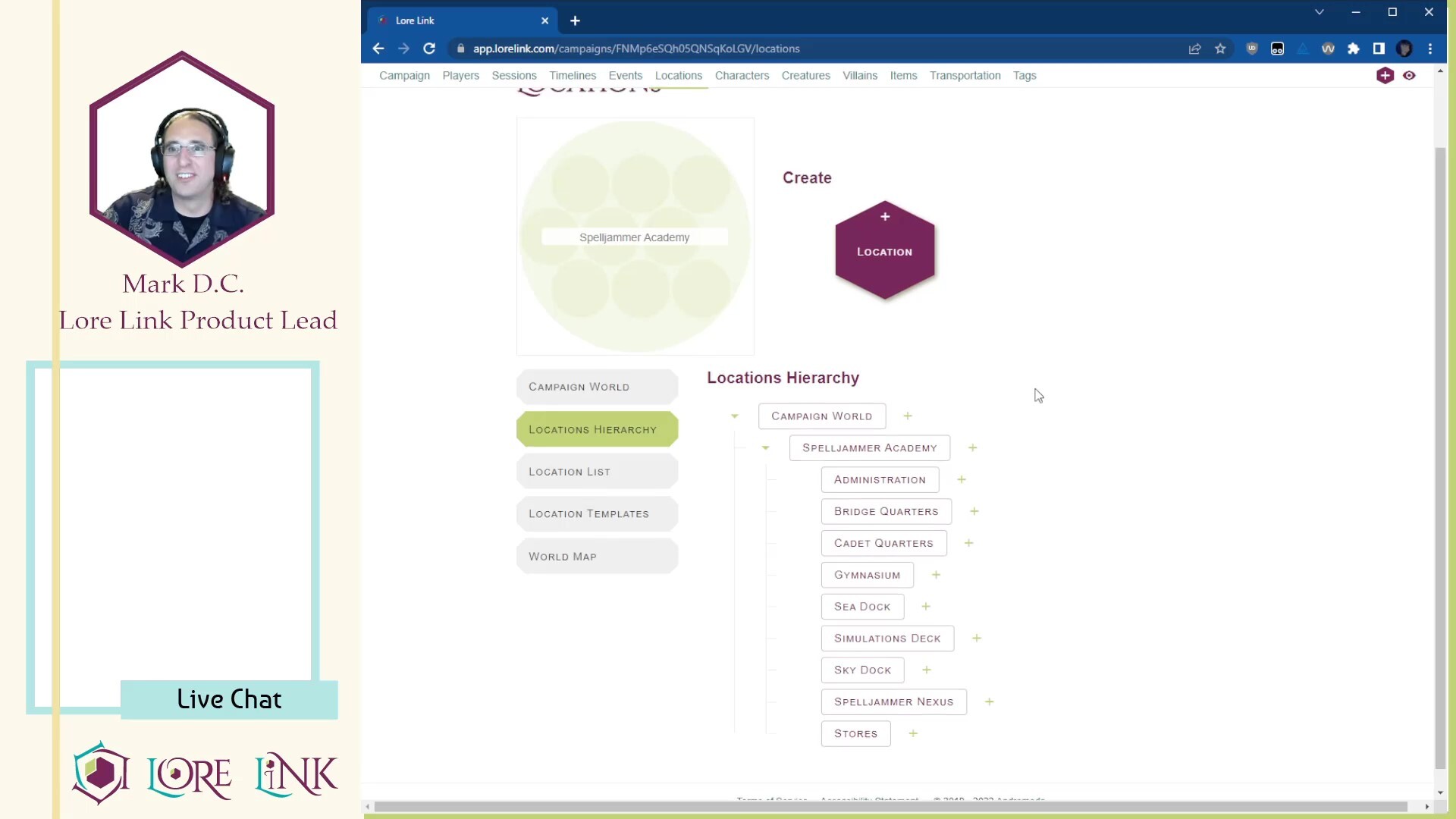 Well, I’m back off to planning and setting up more sessions, so I’ll leave you to your own games. Next time, I’ll talk about some of my favorite spooky TTRPGs!

May all your games leave your players on the edge of their seats wanting more!