Oftentimes the hardest part about starting a new campaign is the moment you stare at a blank slate, and starting to explore a new system like Lore Link isn’t going to make that easier. So we’ll make sure that we have clear help text and tutorial videos for new users. For veteran users, we’re right now putting the finishing touches on the template and custom field features which will make populating your new campaign with some old staples easy. Like this template, which makes setting up new guards fairly easy: 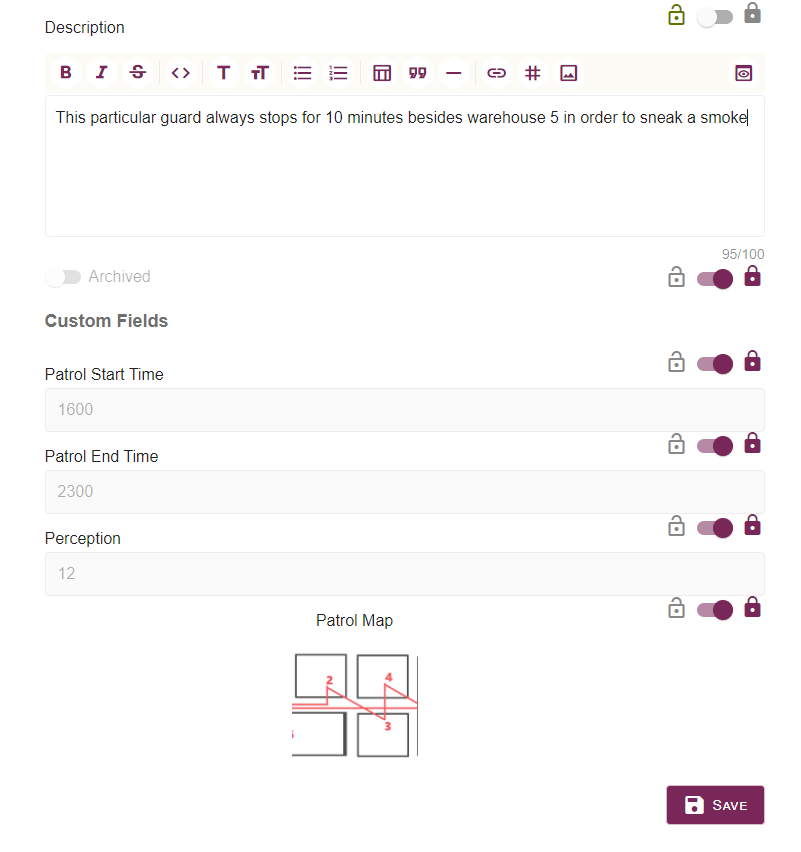 Finally, speaking of help, last month we raised money for children in need both here in the United States as well as in the Ukraine, so thank you all those who tuned in to our Extra Life Twitch stream! Our next charity fundraising event will be June 10th starting at 4:00 PM Eastern! Mark Della-Croce will be returning to attempt to shepherd his merry miscreant co-workers at Andromeda Galactic through yet another strange tabletop adventure!

(Oh, and our social media guy has reminded Mark that tomorrow is National Haiku Day, so he should come up with a haiku. This was the best he could do)

I rolled a cursed one
'Tis fine, I will be inspired
Ah! A one, farewell.

Until next month, we hope you're all staying safe and healthy. As always, may all your hits be crits!